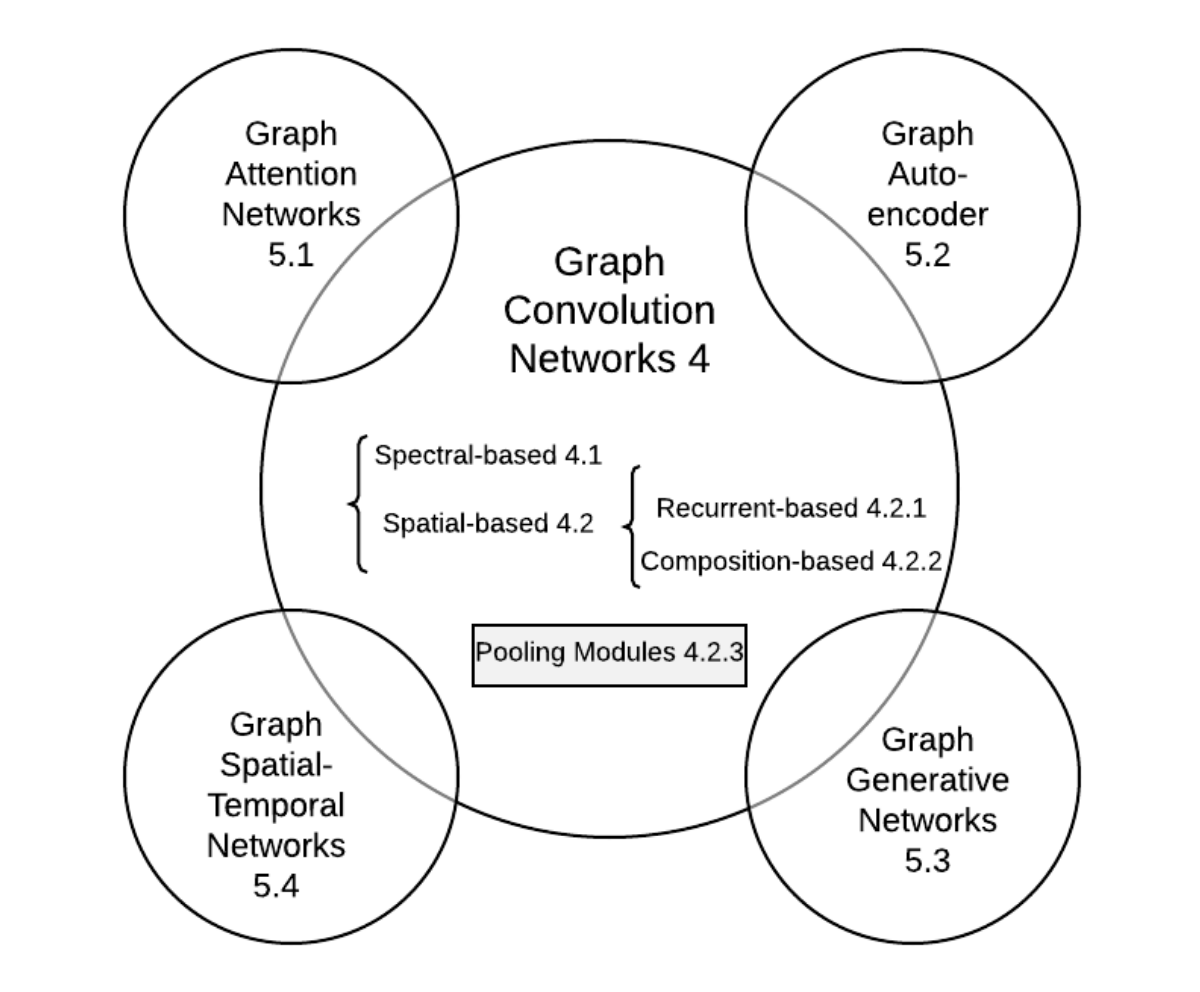 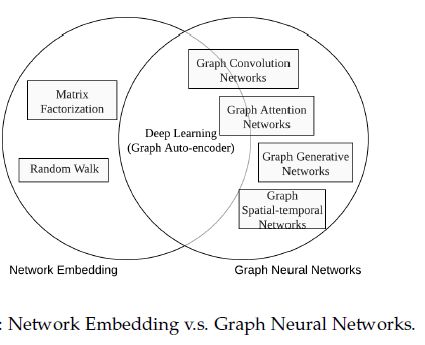 A number of embedding learning methods are based on the Skipgram model, which is a variant of the softmax model 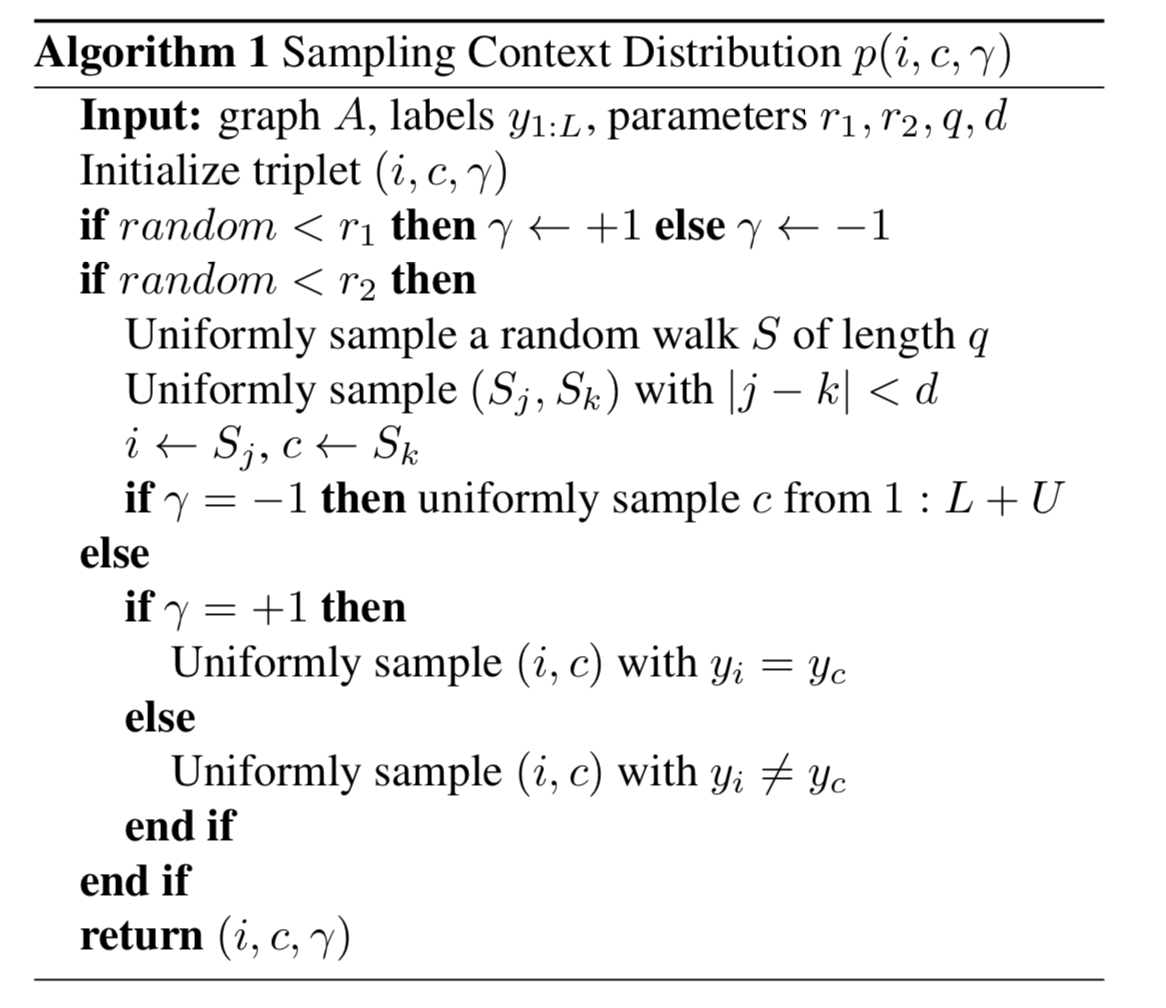 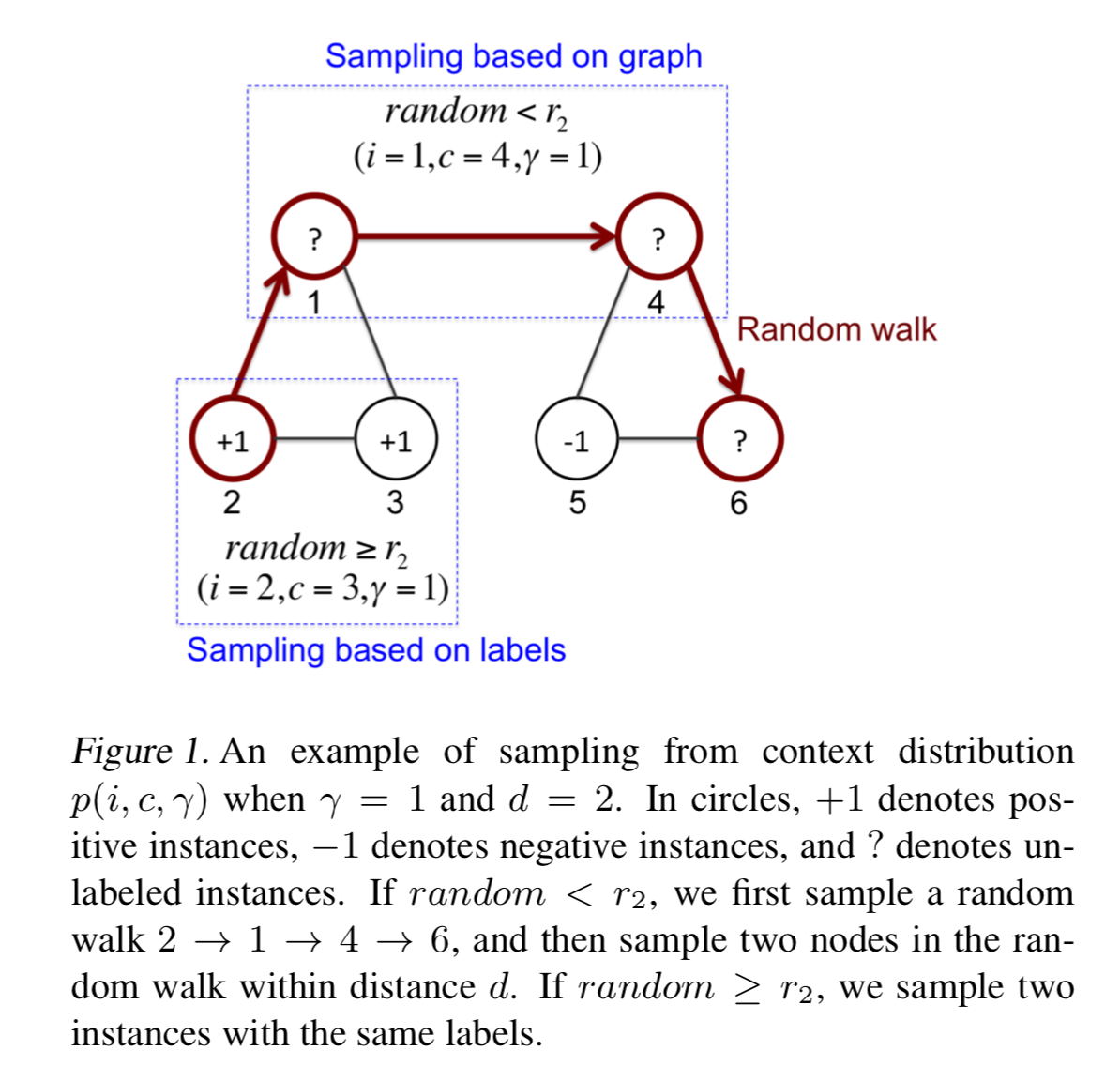 The two hidden layers are concatenated, and fed to a softmax layer to predict the class label of the instance 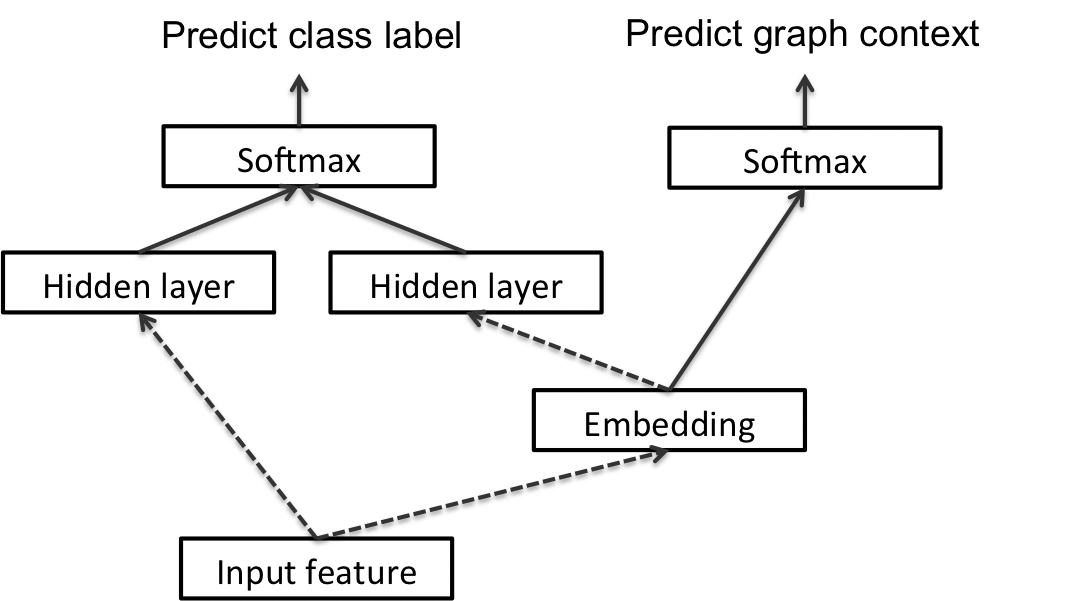 we aim to represent:

for a specific node-context pair $(v_i,v_{i+j})$, we have the following objective: 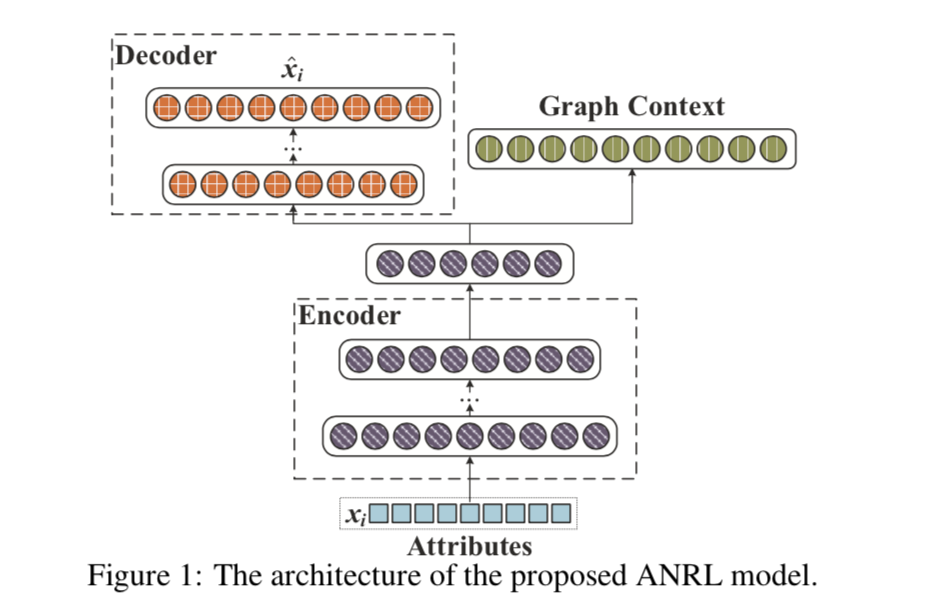 the sparsity of a network representation is both a strength and a weakness:

We develop an algorithm (DeepWalk) that learns social representations of a graph’s vertices, by modeling a stream of short random walks

We propose an unsupervised method which learns features that capture the graph structure independent of the labels’ distribution.

We seek learning social representations with the following characteristics: 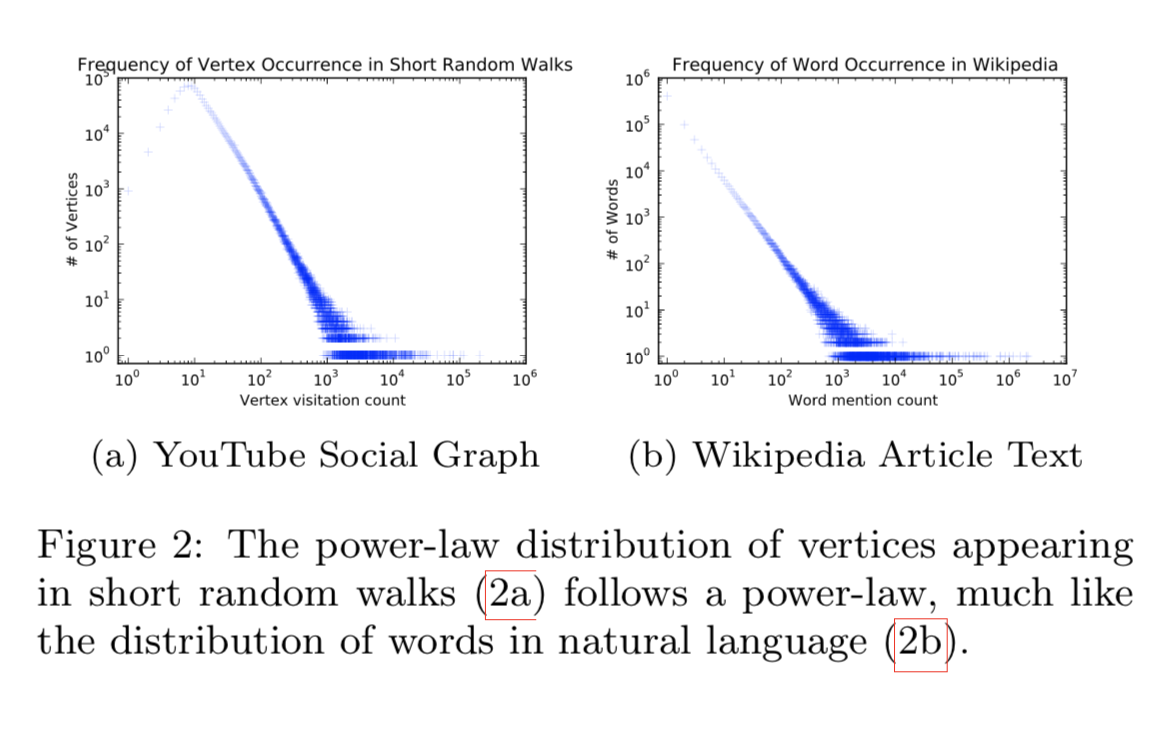 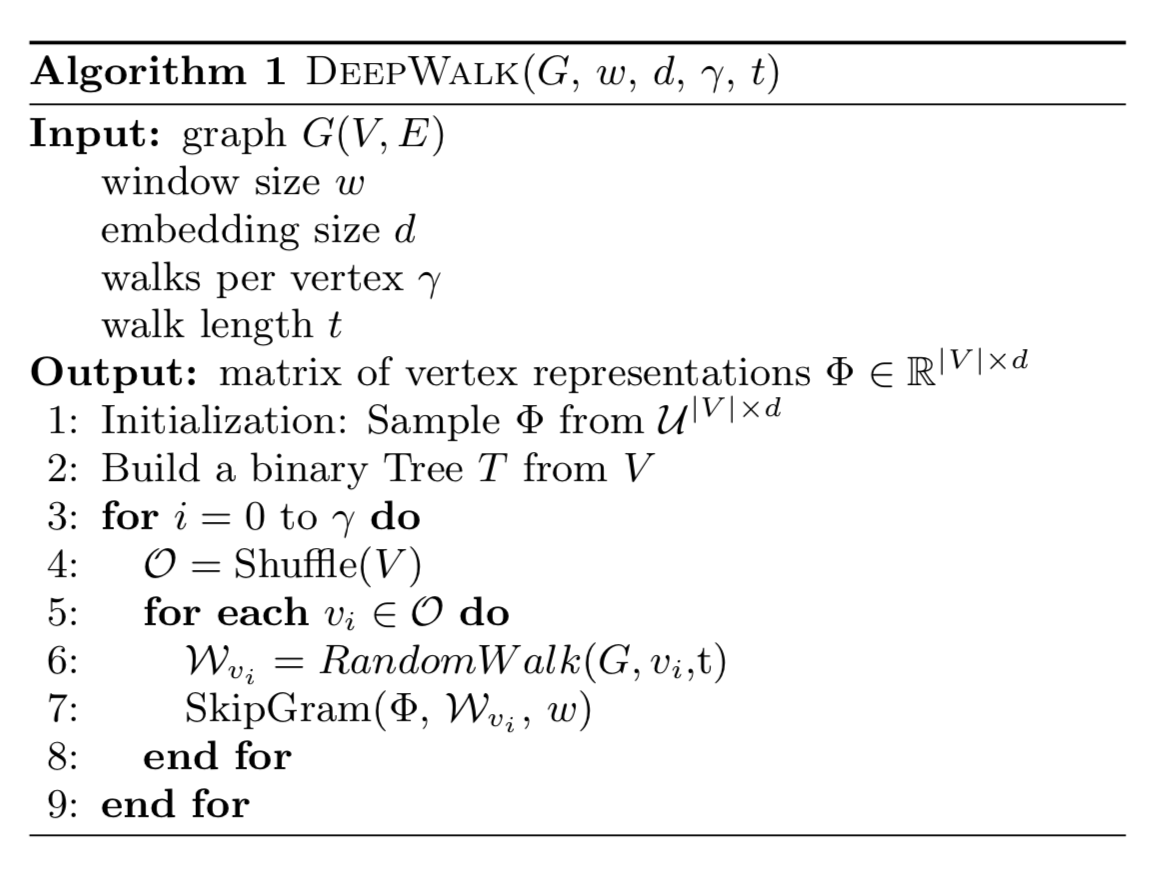 At the start of each pass we generate a random ordering to traverse the vertices. This is not strictly required, but is well-known to speed up the convergence of stochastic gradient descent.

To speed the training time, Hierarchical Softmax can be used to approximate the probability distribution

we assign the vertices to the leaves of a binary tree, the prediction problem turns into maximizing the probability of a specific path in the tree 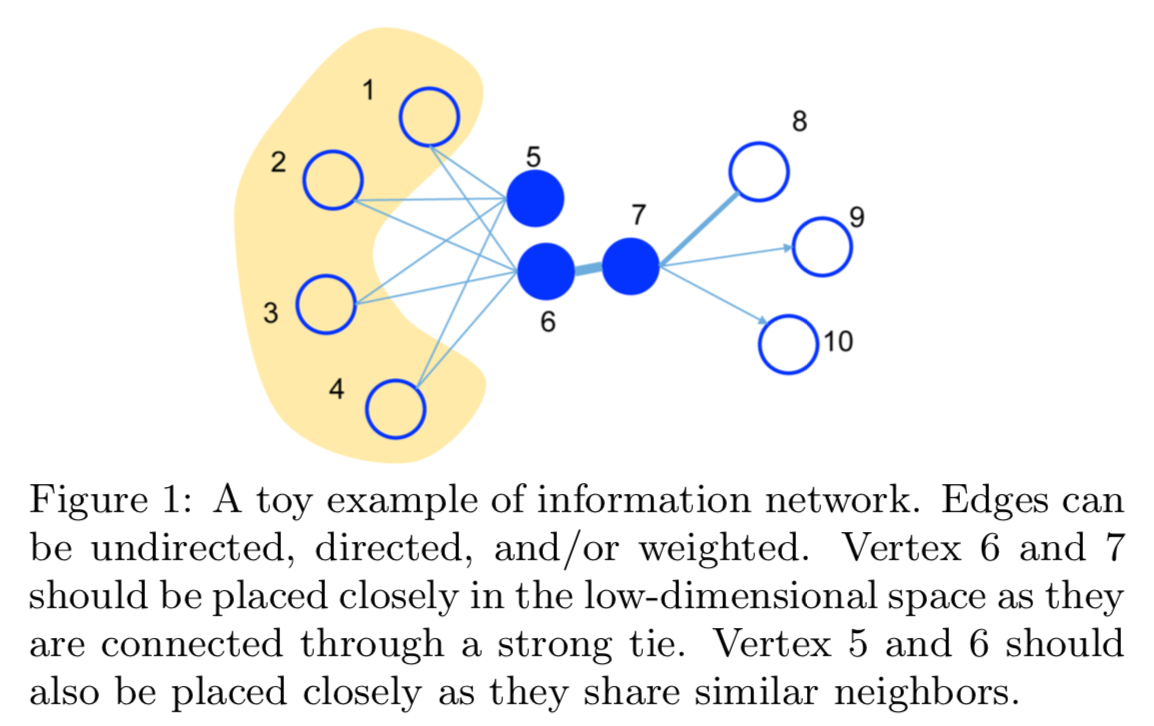 proximity between a pair of vertices (u,v) in a network is the similarity between their neighborhood network structures

define the joint probability between vertex $v_i$ and $v_j$ as follows:

Replacing d(·, ·) with KL-divergence and omitting some constants, we have:

define the joint probability between vertex $v_i$ and $v_j$ as follows:

Replacing d(·, ·) with KL-divergence and omitting some constants, we have: