visualizing the internals of CNNs

In the context of CNNs, Zeiler et. al. (Zeiler & Fergus, 2014) showed that by using deconvolutions and filtering the maximal activations, one can find the approximate purpose of each convolution filter in the network 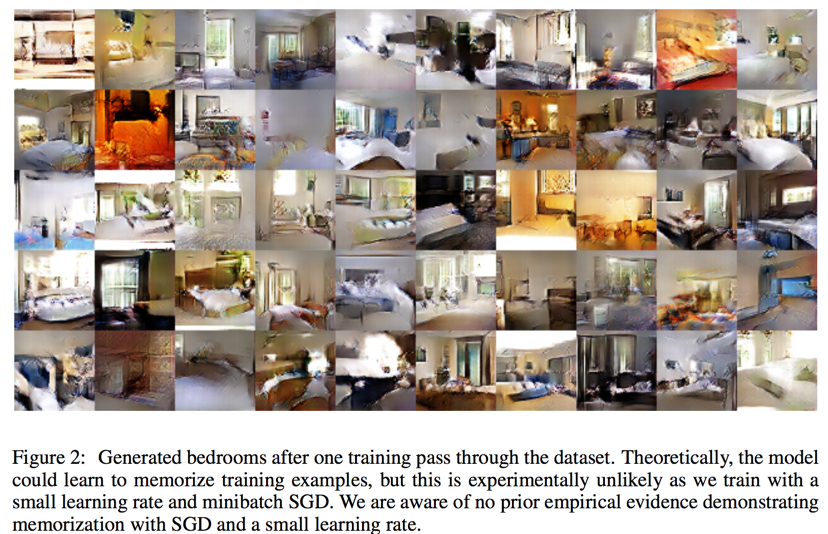 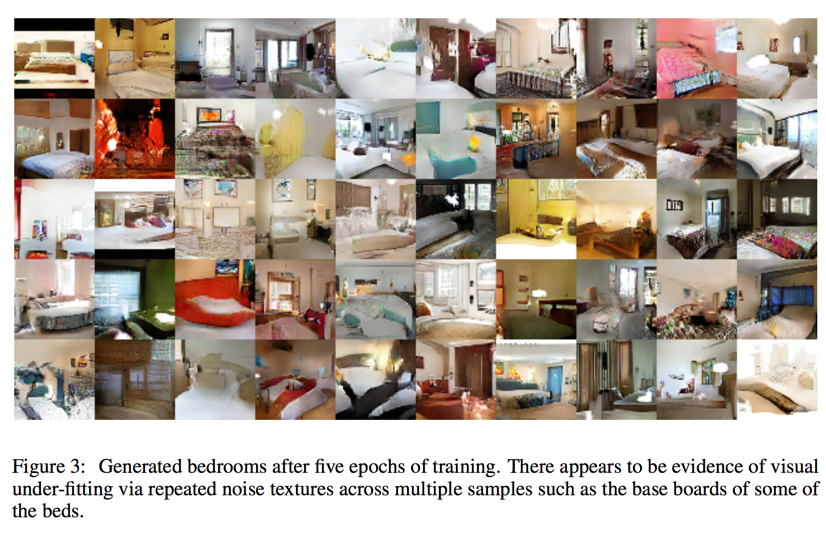 To further decrease the likelihood of the generator memorizing input examples, We fit a 3072-128-3072 de-noising dropout regularized RELU autoencoder on 32x32 downsampled center-crops of training examples
The resulting code layer activations are then binarized via thresholding the ReLU activation which has been shown to be an effective information preserving technique
if there is a hash collision then we remove it

We run an OpenCV face detector on these images, keeping the detections that are sufficiently high resolution, which gives us approximately 350,000 face boxes

DCGANs achieves 82.8% accuracy, out performing all K-means based approaches 82.0% while the discriminator has many less feature maps(512 at most)

On the StreetView House Numbers dataset, we use the features of the discriminator of a DCGAN for supervised purposes when labeled data is scarce
achieves state of the art at 22.48% test error

Investigating and Visualizing the Internals of the Networks

both is nearest neighbors and log-likelihood metrics is poor

walking in the latent space 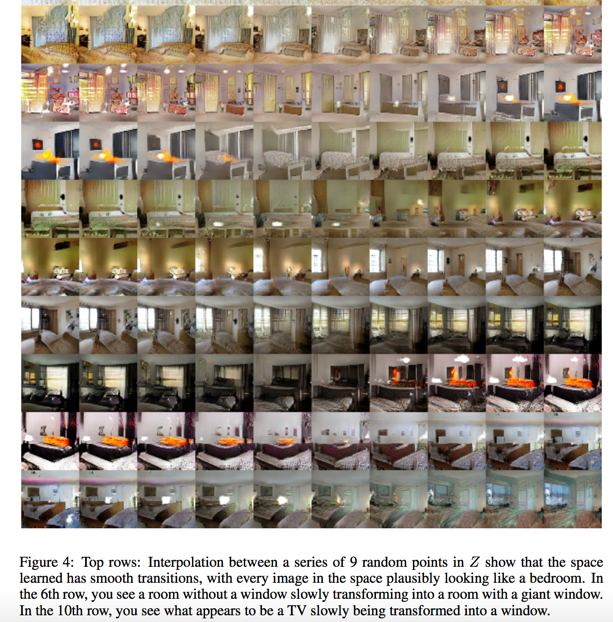 Experiments working on only single samples per concept were unstable, but averaging the Z vector for three examplars showed consistent and stable generations that semantically obeyed the arithmetic 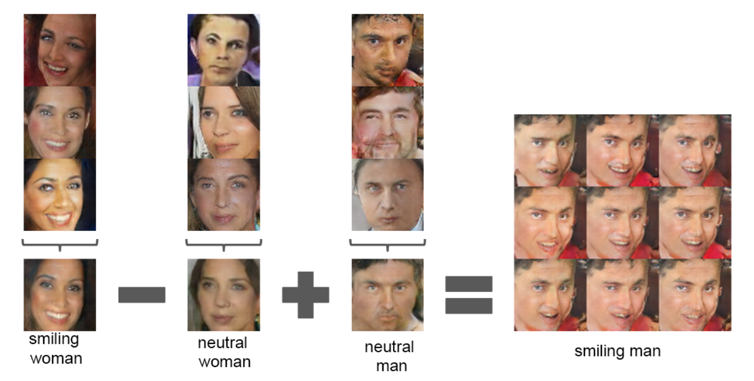